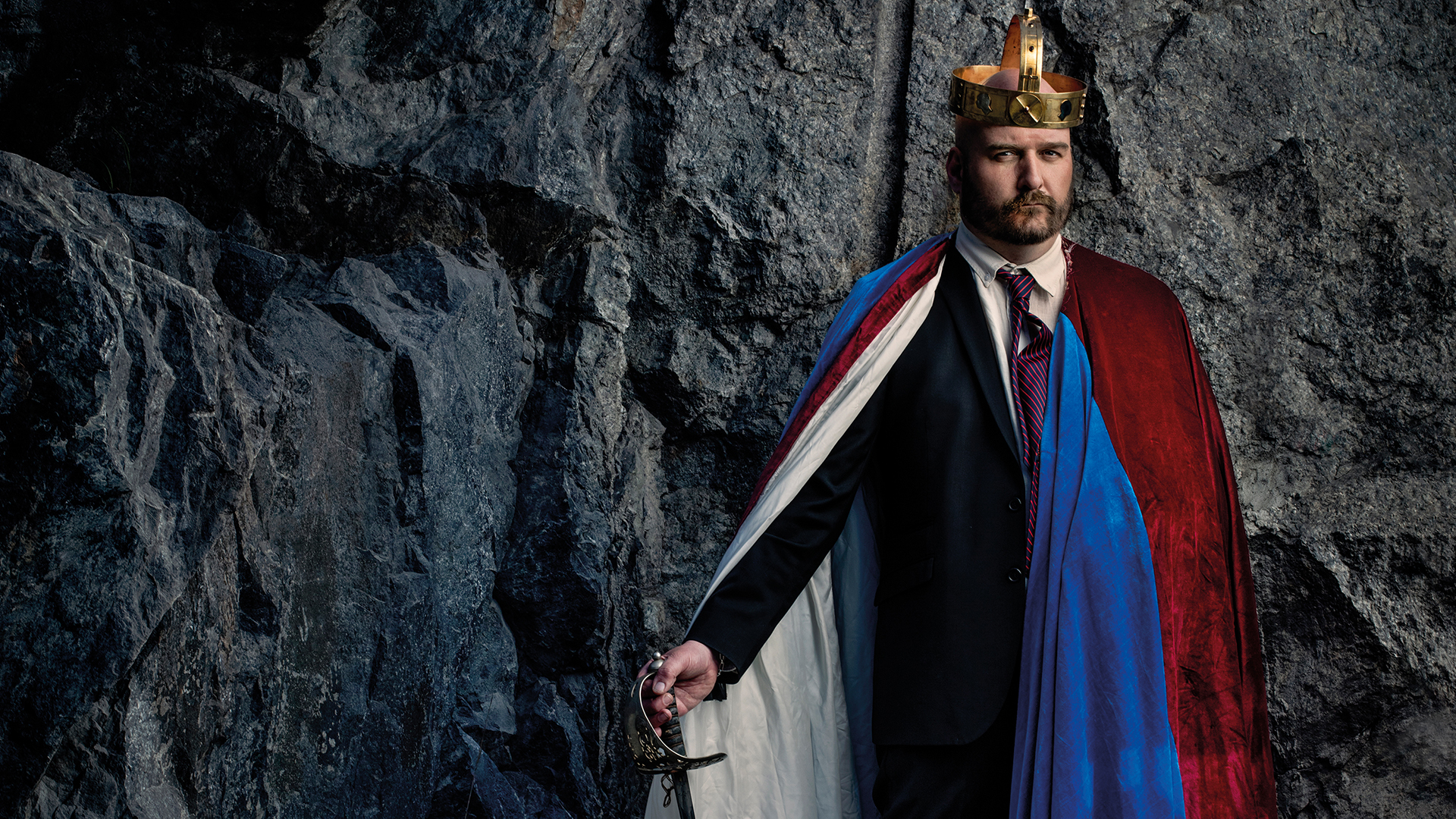 ”The Constitution” is meant as the external and internal system, the set of rules and conditions, which creates an (apparently coherent) identity. A person’s. A nation’s. An Invented Kingdom.
The exhibition consists of a series of works which, on the one hand, deal with the kingdom that the artist Alexander Mood’s father Lars Karngård worked on throughout his life to build up as an (imaginary) functioning state. A kind of kingdom where the monarchical ruler was called (lar) and which Lars, who also was an artist, designed in intricate detail.
Through interpreting the constitution that Lars left behind, Alexander Mood attempts to assume the role of the Kingdom of Rome’s only legitimate successor.
On the other hand, the works reveal a father who disappeared into his imagination, who was better off living in his own imagined country defended by make-believe soldiers in a painted place, than with his living son.
Nothing incuses like the void, the absence. Do even more soldiers need to be painted to fill the emptiness? Yet another pretend world constructed?

The works in the exhibition ”Konstituionen” consist of text, image and objects created in isolation and in collaboration with others whose professions helped to pry open a long-term lock around an absent father’s final betrayal: that he died.

And left a whole incomprehensible world in the son’s hands. Portrait photographer Thron Ullberg has taken a portrait worthy of a regent. The political scientist Zelal Bal has read through the Constitution and pointed out the problems of transforming a kingdom into a modern democracy. Can one even defile an inherited title in this way?