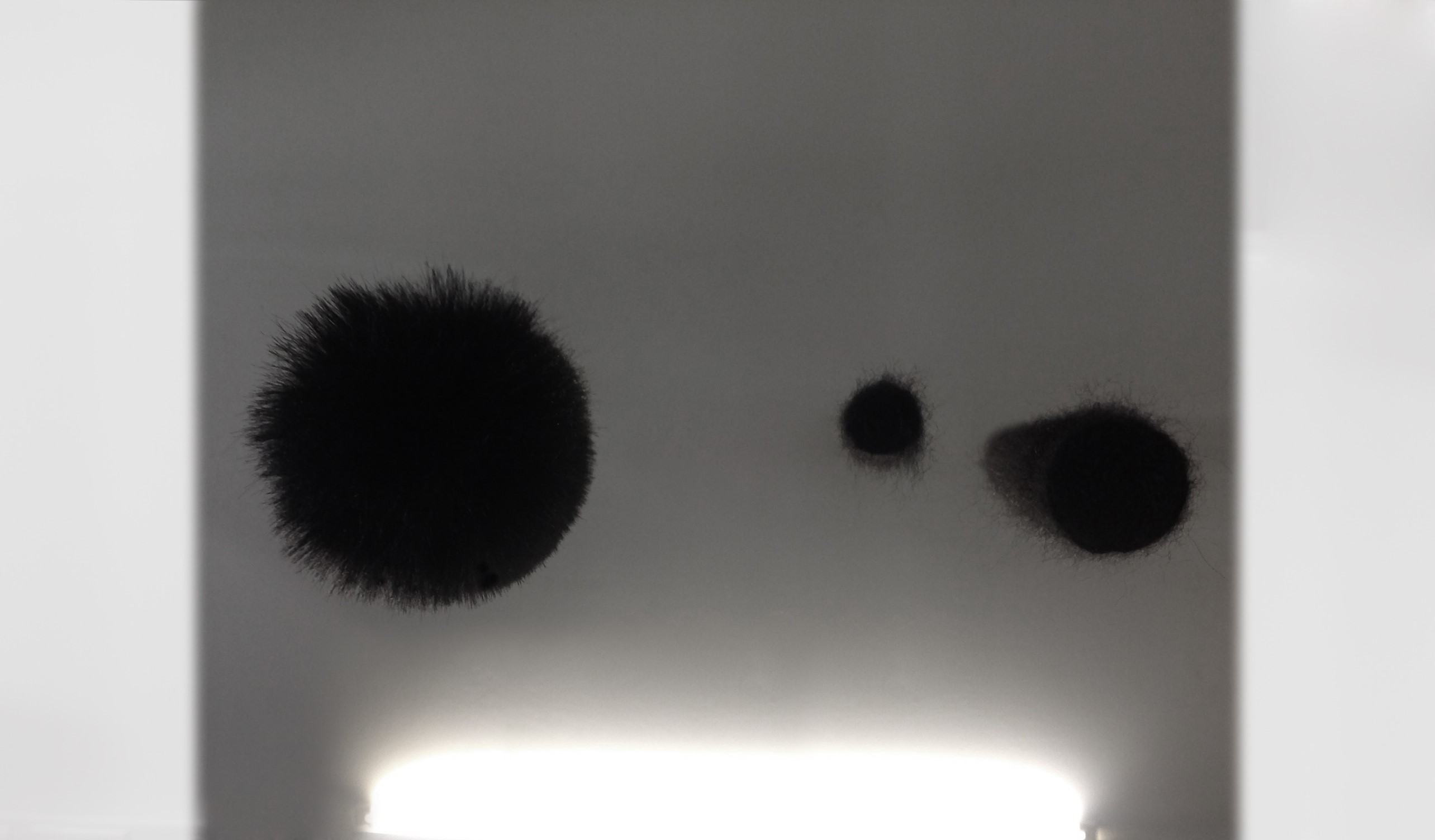 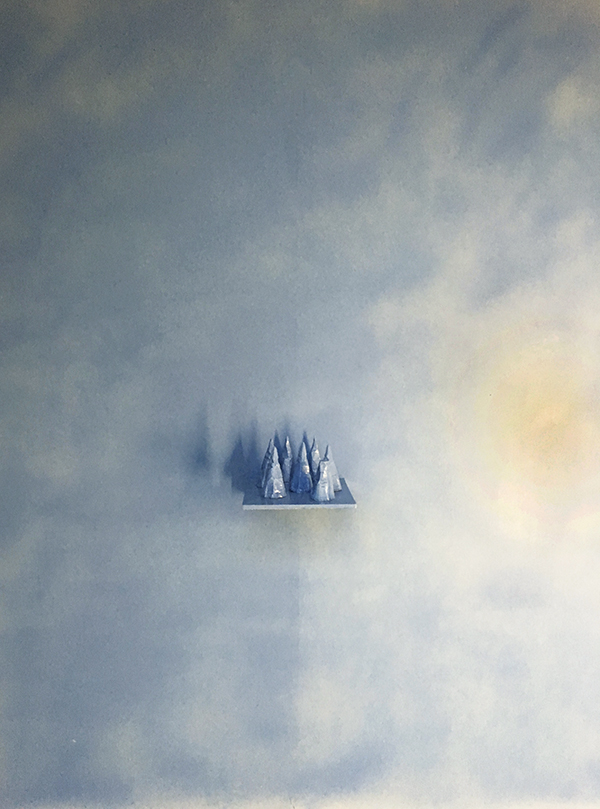 Ida Palojärvi & Hanna Marno are part of the artist-run collective of Gallery Oksasenkatu 11 in Helsinki that has been exchanging shows with ID:I galleri since 2017. Exhibited at ID:I galleri are two installations that form a dialogue that alter the viewer’s observation of perception.

In the new work Blur Experiments presented at ID:I Galleri she works with long, almost spearlike objects pointed at the viewer. The objects are arranged in a dark space and lit in a specific way. The work aims to bring forth an experience of non-recognition, where imagined movement and stillness of the objects come together. The objects are suspended in the gallery space, but the viewer finds herself as if unable to focus her gaze on them, unable to recognise their contours or outline clearly as if she was watching the objects in movement.

Ida Palojärvi (b. 1981) graduated from Helsinki’s Academy of Fine Arts as Master of Arts in 2016. She has created works both in solo shows and as part of group exhibitions. Palojärvi’s works are installations built in a given space. They often blur, shift or tilt the focus of the everyday vision of the viewer.

What’s left is the inviting, soothing- yet deterring and alarming odour of some sort of a cleaner lingering in the air.  Inside are undefined and uncertain objects that are placed inside the gallery as if the space was installed according to the previous artists fixture on the wall.

An artwork is still submitting to be an object that fills its’ cubicle space in the atmosphere.

In a topsy-turvy world art would be immaterial and the experience would be material.

Each created object takes part in this discussion.

The work process behind the installation at ID:I galleri is a combination of meticulous and haphazard sculpting between the exhibition space and the studio. Some of the work is ready only when the microwave goes ding.

Hanna Marno (b. 1981 in Helsinki) is an artist who lives and works in the countryside of Lohja in Finland.

She studied at the Academy of Fine Arts in Helsinki and Pittsburgh Filmmakers. She works mostly with narrative site-specific work, still-lives in landscape and installation art that suggest the viewer to re-determine their surroundings.